You are here: Home / Blog / Author / Eddie Burkhalter / Mass deaths across Alabama prisons over the Thanksgiving holidays, along... 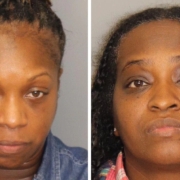 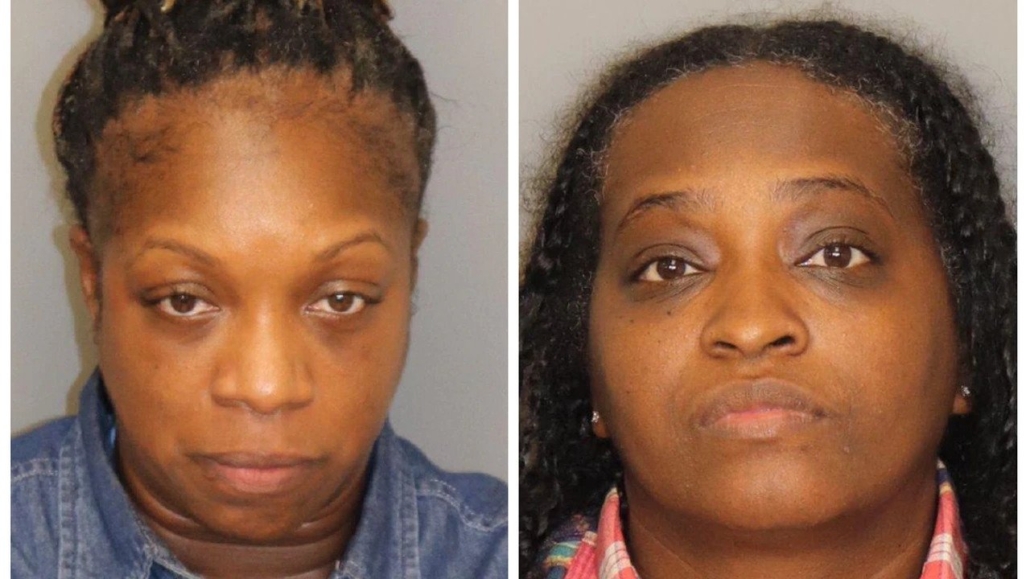 There were at least eight likely overdose deaths in five separate Alabama prisons between Nov. 22 and Nov. 27, according to a response from ADOC and sources in several of those prisons, who say that fentanyl overdoses are responsible for the record numbers of deaths across state prisons.

The victims ranged in age from 20 to 67, with some of the men serving short sentences for nonviolent offenses. Over the Thanksgiving holidays, men died at Staton, Elmore, St. Clair, Bibb, and Ventress correctional facilities. These frequent, preventable deaths impact living conditions across the prisons as dorms are overrun by drug use and rehabilitative opportunities dwindle. Incarcerated people are overdosing in honor dorms, in drug treatment dorms, and in segregation cells. Additionally, ADOC’s unmitigated staffing crisis has led prison officials to close off many of the prisons to positive, educational classes and religious programming, according to multiple reports.

Meanwhile, law enforcement obtained a search warrant for an apartment shared by two ADOC supervisors, a captain and a lieutenant, an ADOC spokesperson said in a response to inquiries from Appleseed.

Captain Deaundra Johnson at the Childersburg Community Work Center and former ADOC lieutenant Centauria Olds were arrested Monday, each charged with four counts of bribery and using their official position for personal gain, according to Jefferson County Jail records and a response from ADOC.

Johnson previously worked at Donaldson Correctional Facility, where a record eight men have died by homicide this year, deaths that are often related to the free-flowing contraband.

In 2018, she was recognized by ADOC for “leading by the department’s core values of Professionalism, Integrity and Accountability” according to a tweet by the department that shows Johnson receiving an award from former ADOC Commissioner Jeff Dunn, a tweet that was shared Monday by investigative reporter Beth Shelburne.

Olds was first arrested on Jan. 25, 2021, on charges of failure of duty or violation of law by a guard and use of position for personal gain, according to court records. Those older charges accuse Olds of engaging in a video message via cell phone with an incarcerated man and accepting money from the man in exchange for bringing in contraband. Those charges were to go before a Bibb County grand jury, according to court records.

“Additional charges are pending further investigation. Johnson has been placed on Mandatory Leave pending the outcome of the investigation,” the response reads.

While there have been a few arrests of ADOC correctional officers charged in connection with smuggling contraband, the arrests this week of two supervising officers, one of whom holds the rank of captain, are rare.

The Thanksgiving Week deaths have been identified as the following Alabamians:

November 25 was an especially deadly day, when at least three men died.

For years, the State has been on notice that deadly drugs and contraband enter prisons through state employees. The U.S. Department of Justice’s ongoing lawsuit against Alabama and ADOC that alleges unconstitutional violations of incarcerated men’s rights to protections from violence and death also accuses the prison system of failing to control contraband, which results in mounting overdose deaths, even during the many months of suspended visitations during the COVID-19 pandemic.

“Although ADOC has not allowed visitors into Alabama’s Prisons for Men since March 2020 pursuant to COVID-19 restrictions, prisoners continue to have easy access to drugs and other illegal contraband,” the DOJ’s amended complaint reads.

In previously released reports, the Justice Department detailed systemic problems of abuse from guards, corruption, rampant drug use, violence, overcrowding and understaffing in Alabama’s prisons. Even as a trial date approaches in the federal litigation, ADOC has failed to address the widespread, preventable deaths resulting from unconstitutional conditions identified in page after page of federal court filings. 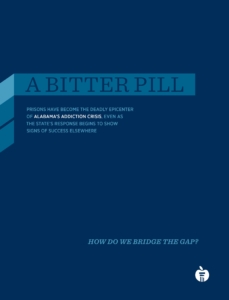 Alabama Appleseed explores the conditions driving these kinds of preventable deaths in the recently published report, A Bitter Pill: Prisons Have Become the Deadly Epicenter of Alabama’s Addiction Crisis, Even as the State’s Response Begins to Show Signs of Success Elsewhere. How Do We Bridge the Gap?

The report documents statewide progress against the scourge of opioids, with the exception of the criminal punishment system, and calls for investments in alternatives to incarceration. Our two-year investigation found that, “Alabama’s harshest response to substance use disorder – incarceration in a Department of Corrections prison facility – is not keeping Alabama safer. People are dying because prisons have failed at the basic task of preventing dangerous, illicit drugs from falling into the hands of desperate incarcerated people.”

When we published the report in September, there had been at least 72 suspected drug-related deaths since March 2020, when prisons were closed to visitors because of COVID. Now the death toll is well past 80.

Talking Trash: Why is the tiny Alabama city of Valley arresting people for unpaid...
Scroll to top