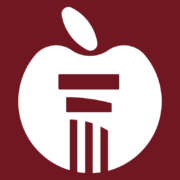 For many years, The Alabama Appleseed Center for Law and Justice (“Alabama Appleseed”) has been documenting the numerous and varied harms caused by high-cost lending in our communities. We have specific concern about the impact that payday loans have on more than 200,000 Alabama borrowers every year, and we were there in Birmingham when former Director Cordray kicked off the payday loan rulemaking process in 2012. That process, begun here in Alabama, produced essential consumer protections for payday loan borrowers after years of careful study. When your agency’s 2017 payday and vehicle title loan rule (“Rule”) was announced, we were particularly grateful for the introduction of ability-to-repay requirements. Today, we understand that those needed protections are potentially at risk of being eliminated, and that Alabama borrowers are thereby at risk as well. We write to you urgently counseling against the Consumer Financial Protection Bureau (“CFPB”) nullifying the Rule.

Here in Alabama, more than 32,000 payday loans are made every single week. These loans often include annual percentage rates (“APRs”) as high as 456 percent, and under current state law, payday lenders may require borrowers to fully repay the loans in as few as ten days. When lenders are not required to make any determination of a borrower’s ability to repay loans — let alone loans with such short terms and such high APRs — it does not take much imagination to predict the fates of many borrowers. In our years of experience working with payday loan borrowers in Alabama, one thing has become abundantly clear: without any ability-to-repay requirements, payday loans are a greater source of long-term debt than short-term credit.

In 2019, Alabama Appleseed published a comprehensive report about the impact of payday lending in our state (“Broke: How Payday Lenders Crush Alabama Communities”). We spent six months driving to every corner of Alabama, from Huntsville to Dothan, from Tuscaloosa to Mobile, from Jasper to Anniston speaking directly with borrowers and charitable service providers. Across geography, race, gender, age, and reason for borrowing, the message we heard was consistent: payday loans hurt more than they helped, and vanishingly few borrowers were able to repay their loans according to the contractual terms. In other words, most borrowers were unable to use the loans as advertised, and without any ability-to-repay requirements on the part of lenders, supposedly short-term loans standardly became long-term debts.

The Alabamians who we interviewed took out their loans to meet necessary living expenses. We spoke to a mother of two disabled children in Dothan, Alabama, who took out a $300 payday loan to bury her father. She was ruined by the debt. Another mother of twin daughters in Dothan took out a $200 payday loan to purchase back-to-school supplies. She ended up having to close her bank account to protect rent and grocery money because payday lenders were making direct withdrawals to service the debt they had trapped her in. We spoke to a disabled veteran in Marshall County, Alabama, who took out payday loans to access medical appointments in Huntsville. The outstanding debt has prevented him from affording medical equipment necessary to his recovery, and it has also kept him from being able to financially support his elementary-aged son. We spoke to a tornado victim in Madison County, Alabama, whose home was completely destroyed in a tornado. She still suffers from the payday loan debt she accrued trying to survive in the aftermath.

Charitable direct service providers across the state regularly encounter similarly untenable debts. In Tuscaloosa, the executive director of the local Habitat for Humanity shared the precipitous number of potential clients who cannot qualify for a Habitat Home because payday loan debt disqualifies them under the organization’s debt-to-income ratio standards. In Anniston, the director of a small direct assistance nonprofit shared that young mothers come through their doors all the time seeking help in the face of payday loan debt. In Jasper, the community action agency spoke of how residents of rural Walker County had lost their homes as a result of payday loan debt. In Huntsville, a legal services attorney explained that a large proportion of their clients come in the door with civil legal needs that, upon exploration, have payday loan debt as a root cause.

Alabamians deserve and need access to credit, but Alabamians do not need — and deserve better than — loans that are designed to fail and become sources of unworkable debt. Ability-to-repay requirements are a foundational business practice in virtually every other realm of consumer lending. It is a baseline, reasonable expectation. The CFPB’s introduction of this standard for payday and title lenders in the 2017 Rule was welcome, necessary, and overdue. The hurried elimination of this Rule being considered, after so long and deliberative a process, is ill-advised and not in keeping with the mission of the CFPB. Alabamians will be hurt if this rule is nullified, and we cannot be silent when our communities are at risk.

We ask that you take the time to familiarize yourself with our comprehensive report, which is freely available online in scrollable PDF format at www.alabamaappleseed.org/broke. We ask that you maintain the ability-to-repay standards introduced in the 2017 Rule. We ask that you go further and expand upon its protections for payday and title loan borrowers.

Alabamians need protections against predatory lenders who make bad faith loans and make hard times even harder for our people. We fight for those protections at the state level every single in Alabama. We ask that you do your part to protect us at the federal level, too.