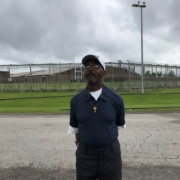 In 1994, Alonzo Hurth was sentenced to life without parole for a robbery conviction without physical injury. On June 21, 2021, Mr. Hurth walked out of Donaldson Correctional Facility a free man after a Jefferson County judge ordered him released on time served.

If sentenced today, Mr. Hurth would be eligible for a 13-year sentence with 3 to 5 years to serve in prison. Yet, he served 27 years of a death-in-prison sentence from which he tirelessly sought relief without legal representation until now.

Forgery convictions were used to enhance Mr. Hurth’s sentence: a Georgia forgery and two Alabama check forgeries, the latter arising from a single incident. Due to changes in the law in both states, those priors would be too minor to use for sentence enhancement today. Put another way, if sentenced today, Mr. Hurth’s conviction would not be eligible for the Habitual Felony Offender Act. 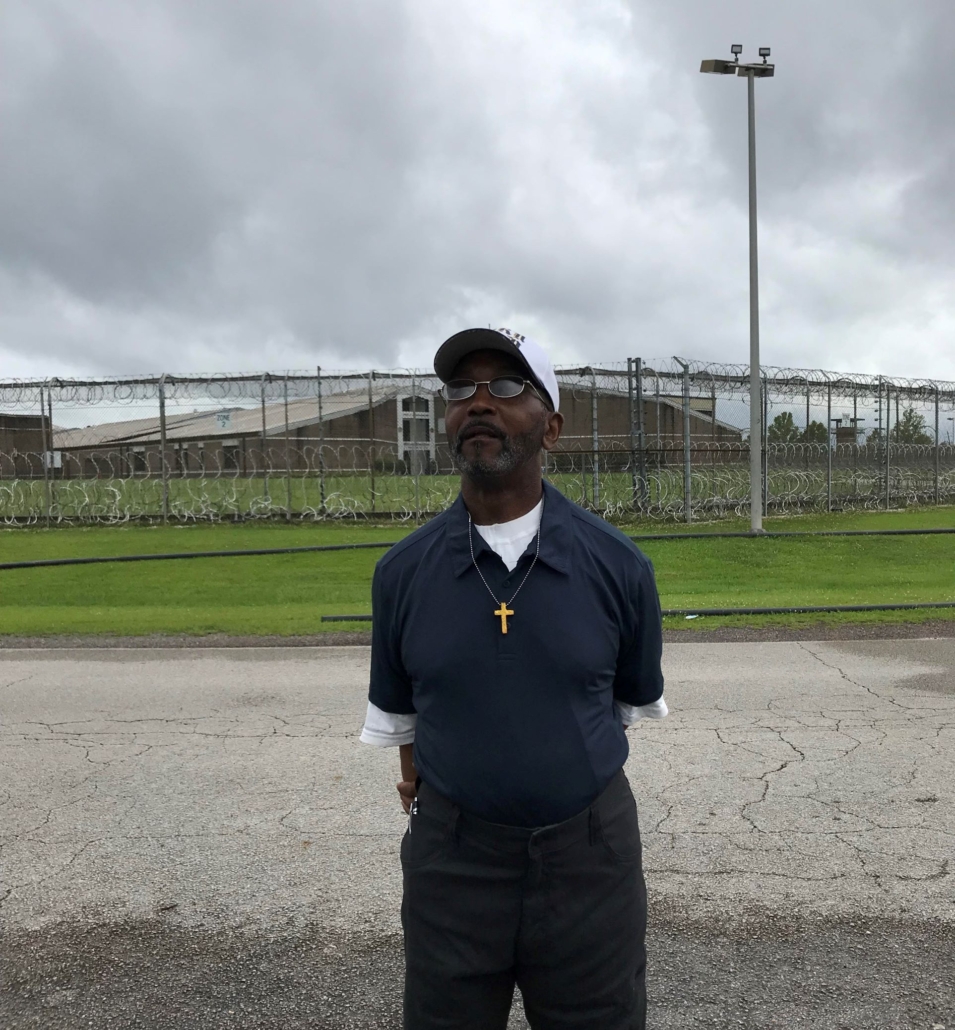 I began corresponding with Mr. Hurth and investigating his case in the summer of 2020. We featured his case in our Condemned report highlighting the wrongs of Alabama’s merciless Habitual Felony Offender Act.

At Appleseed, we receive a lot of letters from incarcerated Alabamians. His were distinctive and always opened with this line: “May we first acknowledge our Lord and Savior Jesus Christ in whom we move and breathe and have our being. (Amen.)” Like many of our clients, Mr. Hurth’s commitment to his faith unquestionably kept his hope alive despite his life without parole sentence. In fact, Mr. Hurth’s relationship to God was possibly the most meaningful relationship in his life when we met him at age 68. His adoptive parents had passed away, and relationships with his remaining friends and family had strained after 27 years of incarceration.  Still, Mr. Hurth displayed a gift we often observe in older, incarcerated clients, his ability to channel crippling isolation into something positive and productive in an environment rife with self-destructive coping mechanisms, like violence and substance abuse.

During the early 2000s, Mr. Hurth became a licensed minister after years of study and written assignments through an out-of-state mail-in certification program. Mr. Hurth spent most of his incarceration in the prison chapel. He would begin his days around 3 o’clock every morning. He’d open the day in prayer and study, share an “encouraging word” on a bulletin board in the honor dorm where he resided, and before retiring to the chapel, Mr. Hurth might draft a poem and add it to his book of poems. Even before learning that there was any hope of his release, he displayed profound optimism: “I believe that everything that happened to me has brought me closer to God. After more than 25 years, I see God working in my life. When we strive to sincerely follow Christ, great things happen!” 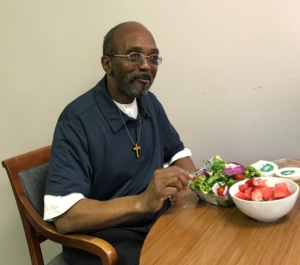 Alonzo Hurth requested one thing for his first day of freedom: a salad.

To be clear, Mr. Hurth’s disposition toward his circumstances was not delusional. He was aware of the death trap  he lived in, witnessing traumatic events regularly.  Even after nearly 50 days in the free world, the stain of incarceration on Mr. Hurth’s life is palpable. But as an incredible testament to the human will, Mr. Hurth chose to make the most of the worst situation. Even at nearly 70 years of age and undergoing cancer treatment twice while in the Department of Corrections, Mr. Hurth chose to view every day, every moment rather, as a blessing and “testimony.”

Tragically, violence and substance abuse were ubiquitous in Mr. Hurth’s life leading up to prison as well. As a child, Mr. Hurth suffered physical abuse and abandonment and was once sent to a foster home, where he and other black foster children were held back from school to pick cotton on a farm in Moulton. He battled substance abuse until his 40s, including the day he was charged with robbery after using crack cocaine. Mr. Hurth sat in jail for a year and a half awaiting trial, an eccentric trial at that, including  one truly golden nugget when the defense attorney called himself as a witness.

Mr. Hurth’s case obviously struck us at Alabama Appleseed. We were able to take on his case in part because a University of Alabama School of Law third-year student joined us for an internship, adding much-needed capacity to our small legal team. Allen Slater provided extraordinary legal research and writing skills. 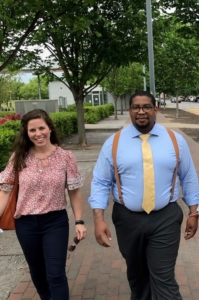 Appleseed Staff Attorney Alex LaGanke and Allen Slater, Appleseed’s Legal Extern and a third-year law student at University of Alabama School of Law, joined to draft Mr. Hurth’s petition. Here they are celebrating following the filing of the petition.

Jefferson County District Attorney Danny Carr, after close review of the case file, agreed not to oppose re-sentencing, noting in his response, “Due to changes in the law since he was convicted and sentenced, Mr. Hurth could not be sentenced to life without parole under any available sentencing scheme; he would be eligible for a much shorter sentence today.”  Jefferson County Circuit Court Judge Shanta Owens granted the petition.

One of the most important aspects of our direct representation work at Appleseed is ensuring that every client has the support for a successful transition back into society upon release. The reentry work required to undo decades of incarceration is extensive, and we are grateful to our partners who join us in this effort. One of those partners is Shepherd’s Fold, a re-entry center that opened its doors to Mr. Hurth. Shepherd’s Fold Executive Director Jack Hausen and Mr. Hurth became friends during Mr. Hurth’s stint in prison, and the pair were elated to be reunited again in the free world. 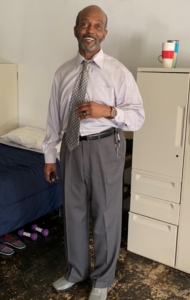 Mr. Hurth prepares for his first church service outside of prison.

Already, Mr. Hurth is enrolled in a job readiness class at the Salvation Army. He jumped at the chance for employment just a few days following release. But we encouraged him to slow down, get some basic computer training, and secure identification before joining the workforce again. He turns 70 next month, but you wouldn’t know it! In his zest to recapture the years lost to prison, he keeps moving forward. And I can’t wait to see what he does next!

Tweets by @AlaAppleseed
Alabama Appleseed is hiring a Project Manager and Liaison for Jefferson Cou...

A Cruel Set-Up
Scroll to top