You are here: Home / Blog / Author / Carla Crowder / Once condemned to die in prison, Motis Wright is finally free – and... 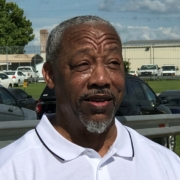 Motis Wright, who was originally sentenced to die in prison under Alabama’s Habitual Felony Offender Act for a 1994 robbery conviction, was released on time served after being represented by Alabama Appleseed.

Mr. Wright walked free in May, greeted by his son, Chris Burton, whom he had not seen in 15 years. They climbed into Mr. Burton’s gleaming black pickup truck and traveled through the night to Columbus, Ohio, where Mr. Wright reunited with his extended family. He has begun a re-entry program run by the Columbus Urban League and, at age 58, is enrolled in robotics classes. 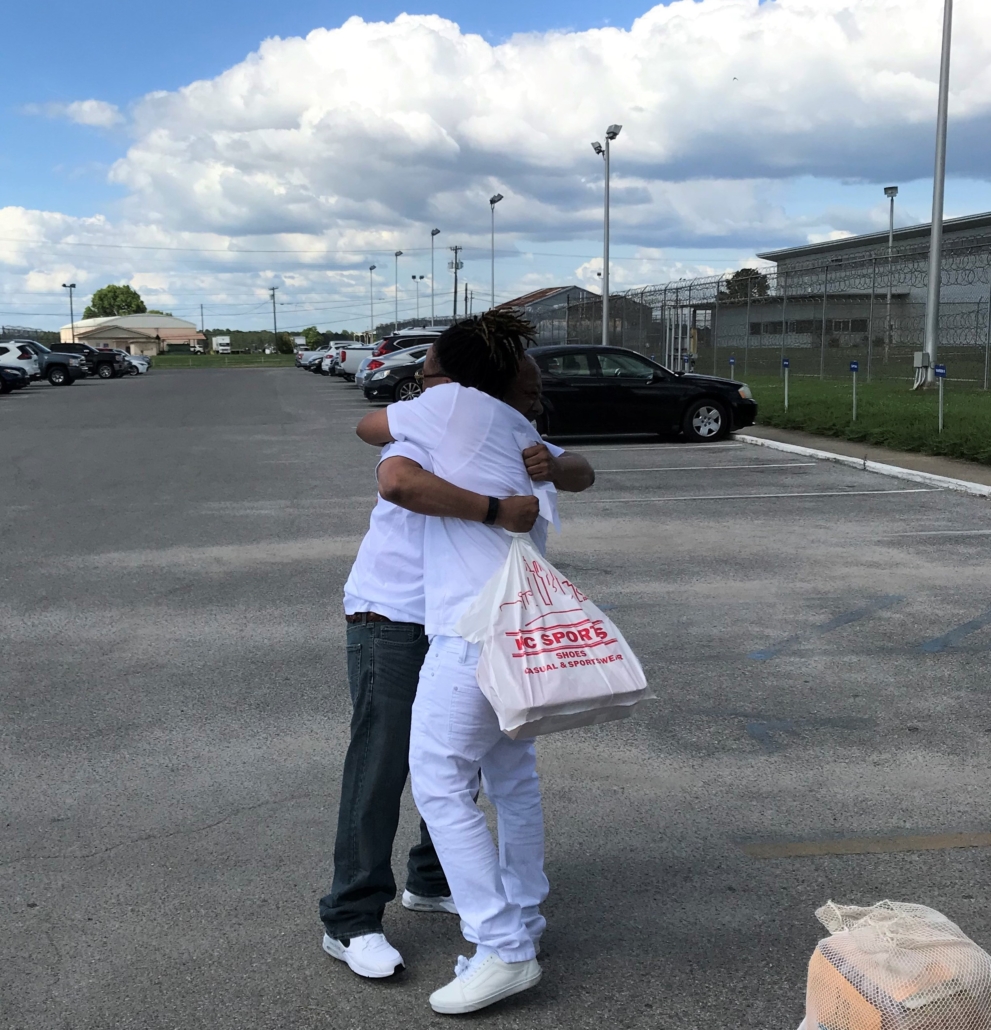 Greeted by his son, Motis Wright leaves Staton prison after 27 years of incarceration.

Mr. Wright’s case is yet another example of an older person in Alabama sentenced more harshly for offenses that would result in much shorter sentences today. Because a series of sentencing reforms passed by the Legislature are not retroactive, Alabama punishes our elders with extreme sentences; the state’s unconstitutional prisons are crowded with men in their 50s, 60s, and 70s.  Many, like Motis Wright, live in honor dorms and have long aged out of criminality.

During his 27 years of incarceration, Mr. Wright developed an exceptional record of service and leadership. He aided in the establishment of the first honor dorm offered through the Alabama Department of Corrections and was instrumental in bringing the nationally recognized Long Distance Dads prison program to the state of Alabama.  Hundreds of incarcerated people have access to productive and rehabilitative programming because of Mr. Wright’s leadership.  Teachers, chaplains, and correctional officers all recommended Mr. Wright for release.

Mr. Wright’s sentence of life imprisonment without parole was originally reduced to life with parole in March of 2019. In his order, Fifth Judicial Circuit Judge Ray Martin concluded that Mr. Wright “has taken advantage of his time as best he can, has accepted the consequences of his actions, and returned to the Court as a humble, changed man.”

Appleseed lawyers submitted a comprehensive parole packet including character references from ADOC staff, documentation of Mr. Wright’s participation in numerous classes and programs, a re-entry plan at a certified re-entry facility, support from 17 family members, and the 2019 court order declaring that Mr. Wright deserved another chance.  There was no victim opposition to his release. 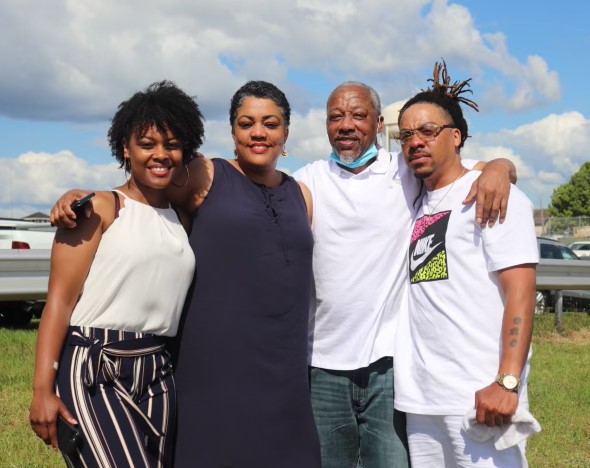 Motis Wright emerged from Staton Correctional Facility and was greeted by his sister, niece, and son, who are just a few members of his large extended family.

Nevertheless, the Alabama Board of Pardons and Parole denied parole and set off his next consideration date five years, the longest possible set off. It appeared that Mr. Wright’s well-earned opportunity for a new life with his family would have to wait, at least until he was 63.

Beginning in fiscal year 2019, the Parole Board reduced the number of parole hearings to a 30-year low. That same year, then-Director of the Bureau of Pardons and Paroles Charlie Graddick indicated that individuals with violent convictions would not be granted parole because of the nature of their convictions, despite parole eligibility for such offenses per Alabama law. “Just because they’re eligible doesn’t mean they’re going to get out,” the Director stated, adding “[W]e don’t have people there anymore that really qualify. [We] just don’t.”

Fortunately, the Parole Board did not have the last word.

Alabama Appleseed lawyers filed a post-conviction petition on behalf of Mr. Wright, arguing that for the Court’s 2019 order “to have meaningful impact and for Mr. Wright to be able to secure employment and support himself before old age becomes an impediment, resentencing to time-served is appropriate.”

Judge Martin agreed, noting in his order: “The Court is well aware of the accomplishments of the Petitioner during his years of incarceration. The Court is also aware that his sentence would have been much different under the current Sentencing Guidelines.” 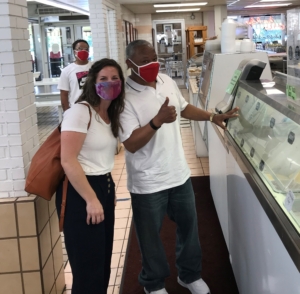 Mr. Wright now lives with his 82-year-old mother and one of his sisters in Columbus, Ohio. He is eager to obtain employment, to use his agile mind and positive energy to contribute to society, and has been slowed only by the obstacles that formerly incarcerated people face in obtaining identification. “The biggest thing I noticed that I had to get used to was not having somebody watching me, or having to ask permission to ask or move. It was hard to get used to that,” he told us. “I had to get used to that feeling of being at home.”

This 58-year-old father and grandfather can now spend unlimited time with his sons and grandchildren.

He helped start the prison system’s “Long Distance Dad” program. He stayed connected with his sons during 27 grueling years in Alabama’s prison system. And now he’s creating a bond with his granddaughters. The first time they met, he recalled, they wanted to tell him all of their talents and what they like to do. One of his granddaughters even played the piano for him.

Alabama Appleseed is hiring a Project Manager and Liaison for Jefferson Cou...
Scroll to top